What is Metaphysical Healing? 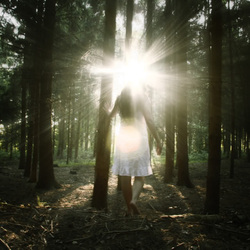 Though western medicine dismisses the notion of metaphysical healing, there is little doubt about the connection between mind and body. Doctors routinely tell patients to keep spirits high while supporting visits from family and friends, understanding that anything that makes a patient feel better mentally and emotionally, aids healing. Depression, on the other hand, tends to slow healing.

Metaphysical healing takes this principle to a very fundamental level, in very specific ways. According to those who believe in metaphysical healing, certain common negative thinking habits affect particular areas of the body.

For example, worry about money issues tend to manifest as lower back problems, as the back represents support. A believer in metaphysical healing who was experiencing soreness in his lower back would examine his thought process to see if he had been over-anxious about money issues of late. Once the negative thinking pattern was identified and replaced with a new habitual positive pattern, the backaches, if caused by the old negative pattern, should subside.


The idea behind metaphysical healing is that the individual is his or her own healer, responsible for creating both health and illness. When an individual falls ill, the believer in metaphysical health does not think it was by chance, but by mental patterns that can be identified and replaced. The type and point of origin of the ailment gives a clue where to look in the thinking patterns.

According to this belief, the most compromising emotions to health are longstanding guilt, resentment, and anger. The biggest healers are self-love, self-acceptance, and self-worth.

Arguably the best-known modern proponent of metaphysical healing is Louise Hay. Her books have sold tens of millions of copies, translated into 29 different languages over 35 countries. She began teaching techniques for metaphysical healing in the 1970's. Hay had an opportunity to put her techniques to the test when she was diagnosed with vaginal cancer, and subsequently claimed to heal herself.

Most who espouse metaphysical healing do not believe in shunning western medicine, but do believe that illness is a by-product of an unhealthy mental pattern, and if the by-product is simply removed by doctors but the causation remains, the illness will return. Therefore those who believe in metaphysical healing choose to take responsibility for their well being as much as possible.

Metaphysical healing has been practiced in one form or another throughout history. Shamanic practices relied heavily on the patient believing the shaman had the power to throw out illness. Believing so, once a ritual was performed, the patient was often healed.

While the advances of western medicine continue to be invaluable, for those who believe, metaphysical healing offers an intriguing look into the mind's ability to heal the body.

The Power of the Subconscious Mind 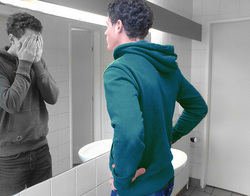 _Mind power of the subconscious mind, with focused mind power attention, can be harnessed for healing. Harnessing the powers of the unconscious mind is the secret to healing. Hypnosis is an excellent method for unlocking the unconscious powers of the mind, and is a great healing secret. This is a metaphysical science, not magic. It is a natural law of the universe that you can use consciously and with purpose.

LEGAL NOTICE: The Authors specifically invoke the First Amendment rights of freedom of speech and of the press, without prejudice, on this website. The information posted on this website is published for informational purposes only under the rights guaranteed by the First Amendment of the Constitution for the united States of America. Images, text and logic are copyright protected. ALL rights are explicitly reserved without prejudice, and no part of this website may be reproduced unless by written consent. You hereby have written consent to post any individual post from this website containing this copyright to any other blog or email only if you post the whole and unaltered article including this copyright, and give proper credit to the authors, and a link back to this website at https://newhumannewearthcommunities.com, or post the title of the article and a snippet with a link to the article on our website.  Removing this notice forfeits all rights to recourse.
Terms and Conditions
google-site-verification: google415c0ab57654b652.html